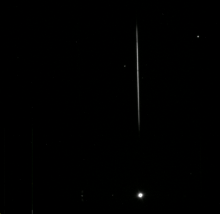 April 27, 2017 - Further progress has been made on the Spanish pier. Both azimuth supports are now in place on the Telescope Mount Assembly (TMA), and the main connecting I-beam known as the "keel" has been attached between them. The orange banks of capacitors were pre-installed on the keel beam prior to its attachment.

The two azimuth supports were inspected and coated this month; one has been lifted into place and positioned, and the second support is awaiting installation. The enormous scale of the TMA is hard to represent in photos; for perspective, the “small” box you can see behind the azimuth assembly in the photo below is actually an office with space for several employees! 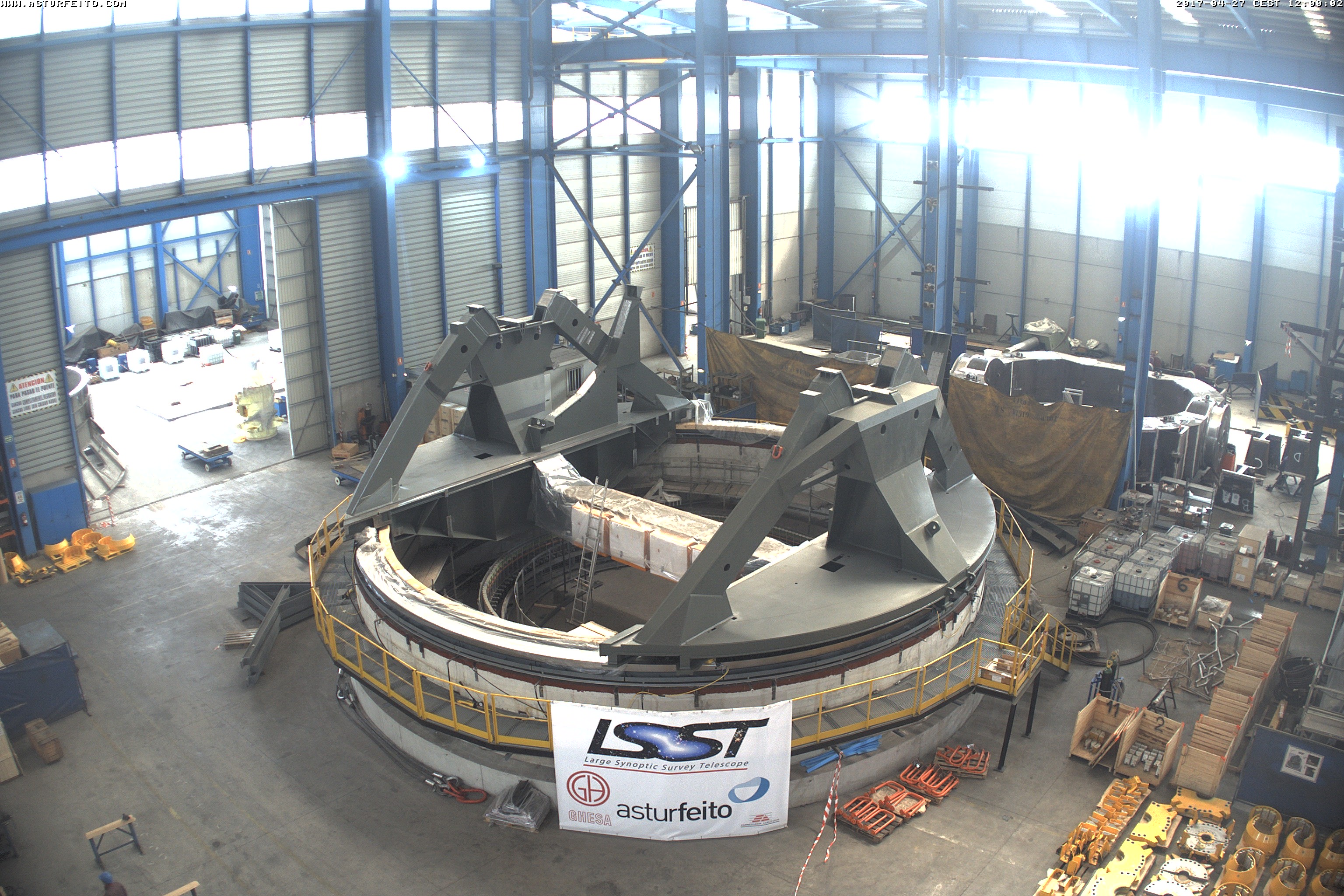