Rubin Observatory’s mission is to build a well-understood system that will produce an unprecedented astronomical data set for studies of the deep and dynamic universe, make the data widely accessible to a diverse community of scientists, and engage the public to explore the Universe with us.

LSST received its federal construction start in August of 2014. This website supports the LSST Project Office in its construction of the facility. 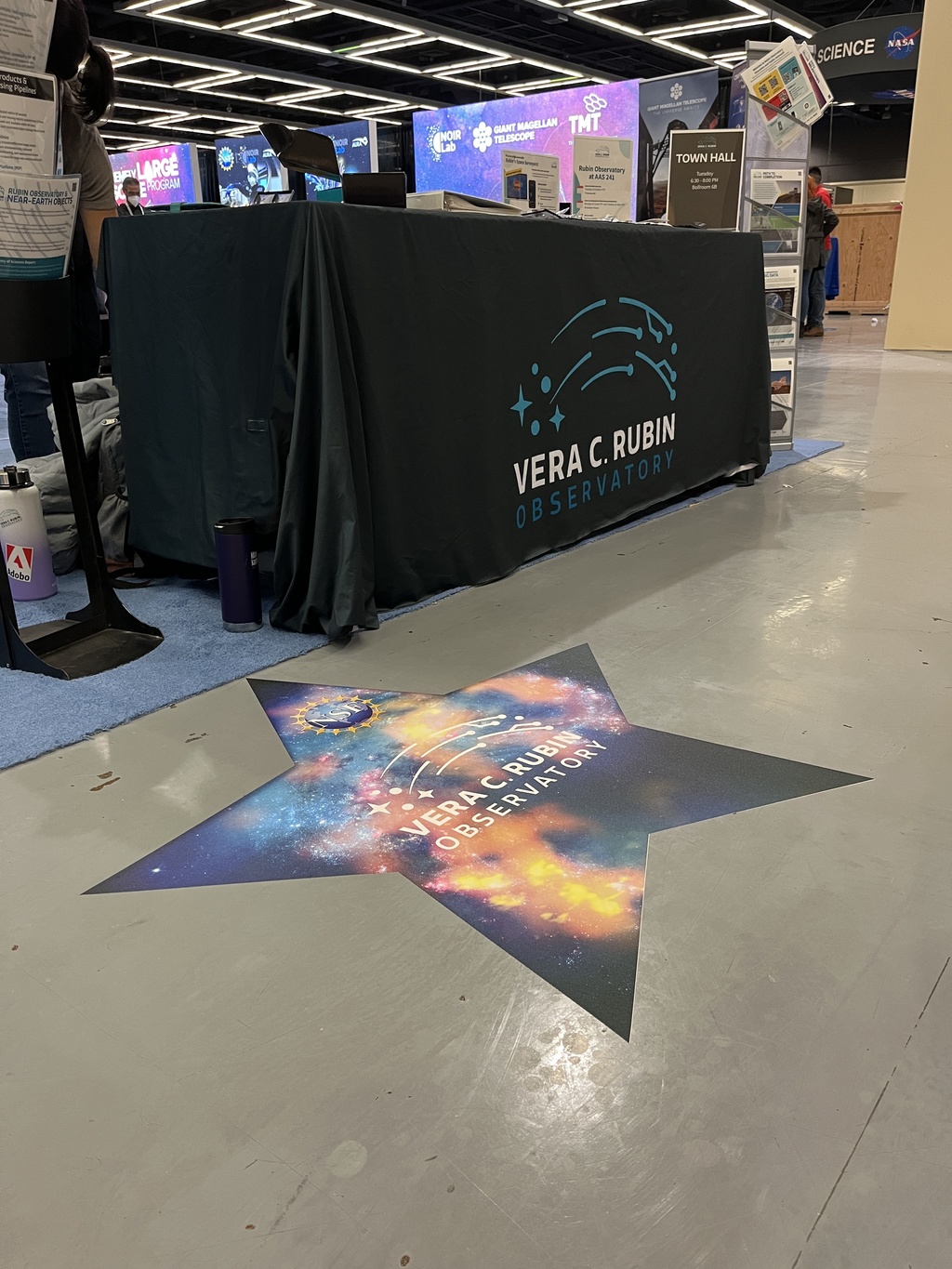 January 24, 2023 - To kick off 2023, Vera C. Rubin Observatory staff and members of the Rubin science community participated in the American Astronomical Society’s Winter meeting (AAS 241) on January 8-12. The conference, which was attended by over 3000 in-person participants, was held in Seattle, WA. There were a number of ways for people to engage with Rubin Observatory at this year’s meeting, including an exhibit booth optimally located just inside the entrance to the exhibit hall. The Education and Public Outreach (EPO) team took advantage of the heavy booth traffic to promote their program which features a new website, animated videos, classroom investigations for astronomy teachers, and a video game called Space Surveyors. It was fun to watch people at the conference compete with each other to get the highest Space Surveyors score of the day to win a prize!

On the third evening of the meeting, Rubin Observatory hosted a Town Hall, where a diverse audience gathered to hear updates given by Rubin leadership and staff, representatives from the Rubin Science Collaborations, and the LSST Corporation. 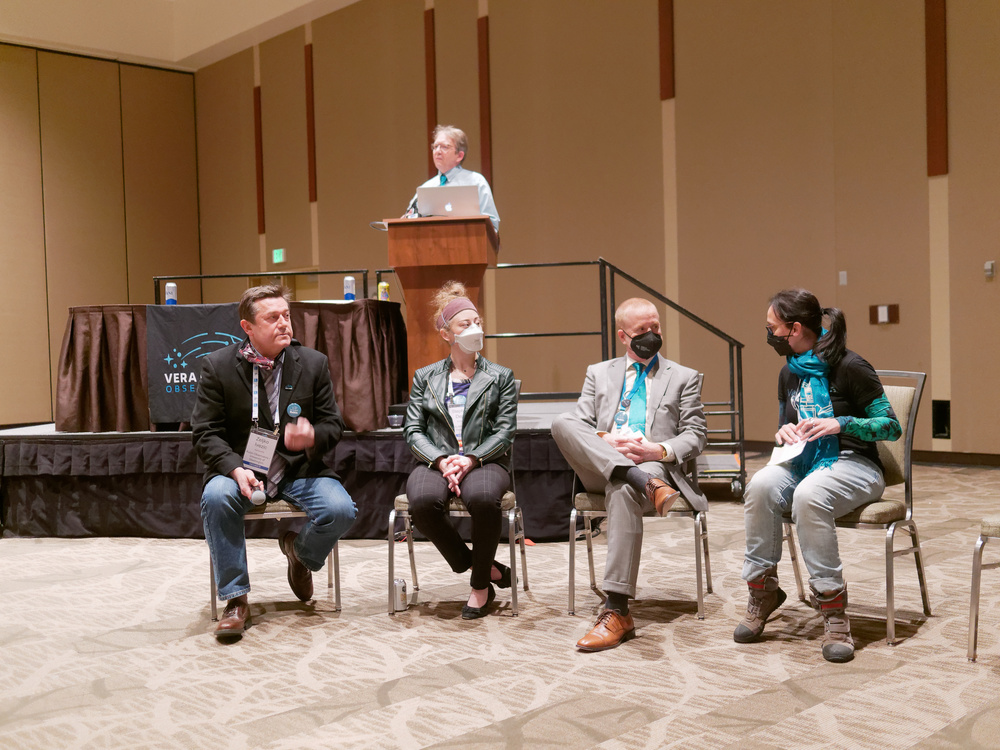 Lots of people stopped by the booth throughout the week to chat informally with Rubin staff and scientists, and there were dozens of presentations and panel discussions with Rubin participation.

The Town Hall presentation is available on Zenodo, and here’s an album of photos taken at the meeting.