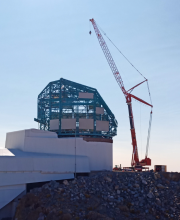 The crane, which was rented from Burger Gruas Chile in Santiago, is among the few biggest cranes available in Chile. It was transported from Santiago to the summit in a convoy that included the eight-axled crane vehicle followed by eight additional trucks carrying the ballast, jib, hook, and hoist. A team of about ten individuals was required to set the crane up on the summit—LSST would require the crane to be in a 300T configuration and a 500T configuration at different times to complete the installment of the azimuth track on which the LSST telescope will rotate. 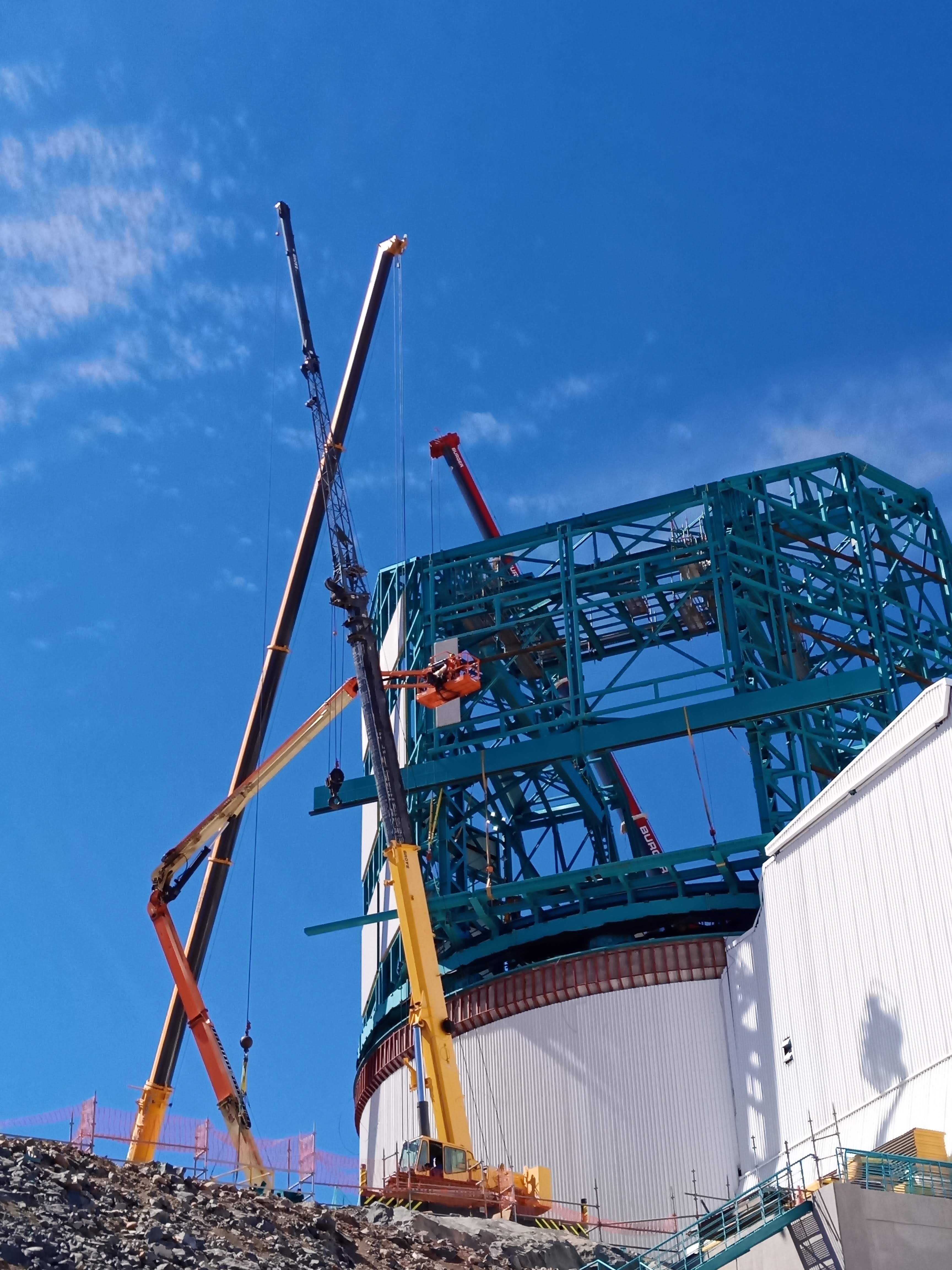 On November 7th, 2019, the first of the four 16,000 kg azimuth track sections was lifted by the crane and lowered into position. According to LSST Engineer Freddy Muñoz, "Each of the azimuth track sections requires a delicate lift sequence, as well as alignment with a laser tracker to make sure it is placed correctly." The first segment was lifted into place with the crane in its 300T configuration, but the other three segments, which needed to be placed farther away from the base of the mobile crane, required the crane to be in its 500T configuration. These three segments were successfully lifted into place the following week, once the crane had been modified to its 500T configuration (a two-day project) and load-tested.

Why does it take a 500 metric ton capacity crane to lift a load that's "only" 16 metric tons? A crane's true capacity depends on its position; it can only lift a load with a weight close to its maximum capacity straight up in the air. The farther the crane needs to stretch to deposit the load in place, the less weight it can handle before becoming unstable. In this case, to place all but the closest of the azimuth sections, the loaded crane needed to stretch a long way from its base position outside the observatory building. So the crane had to have a maximum capacity rating far in excess of the actual weight of the loads.

"The 500T crane setup has been on my lifting engineering plan since early 2017, and finally the work is in progress," says Muñoz. "It's a big milestone for the summit team." Now that the azimuth track segments are in place, there will be a period (a few weeks) of grouting and curing of the azimuth ring. Because there’s such limited space on the summit, the crane will be removed from the main summit platform and temporarily stored nearby. In mid-January 2020, it will be brought back again—in full 500T configuration—to complete the assembly of the Telescope Mount Assembly (TMA) on the telescope pier.

More photos of the crane and the the azimuth track lifting project can be viewed in the LSST Gallery.