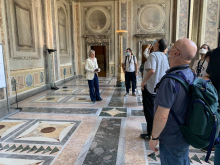 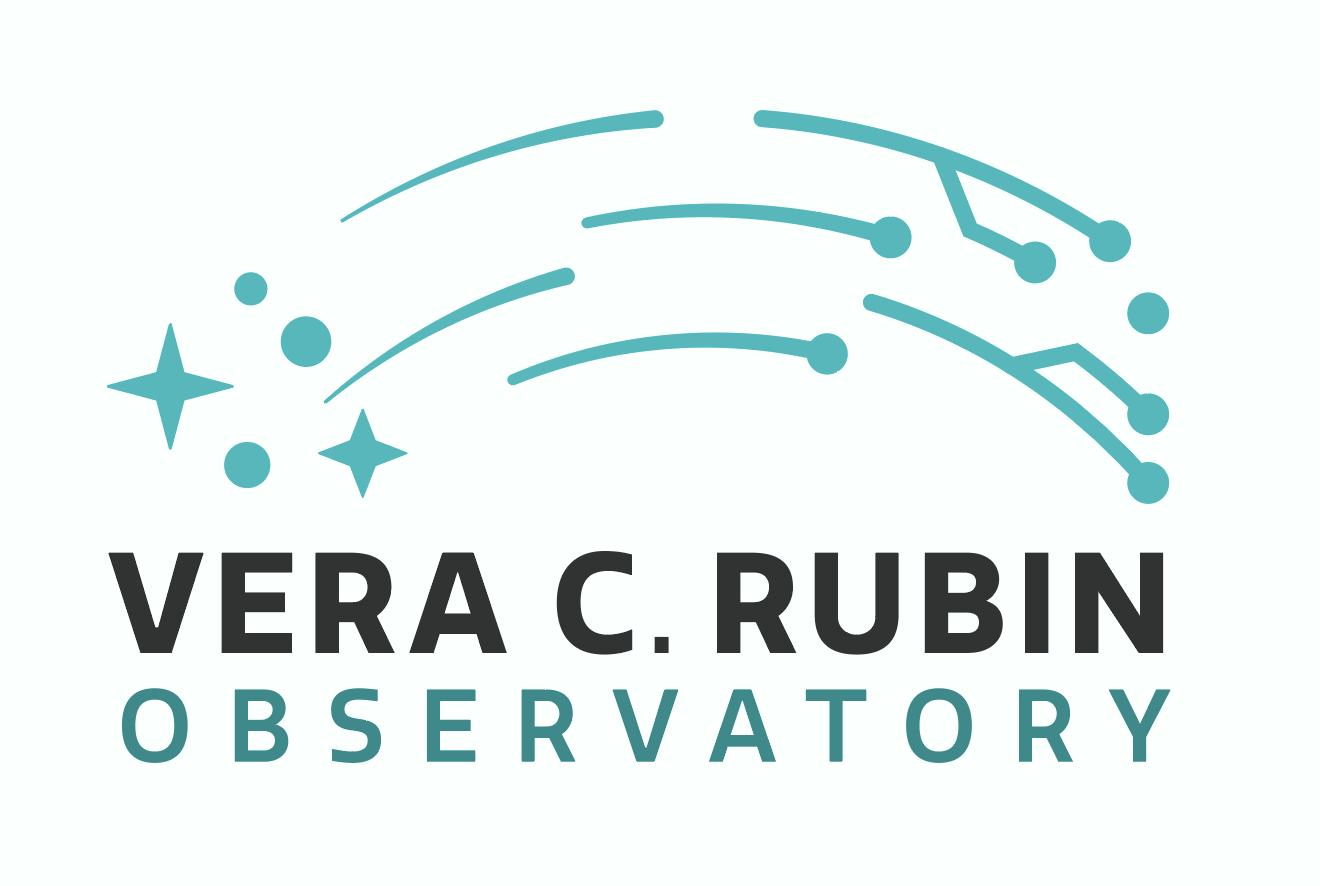 Tucson, AZ, December 3, 2020. Vera C. Rubin Observatory is pleased to announce the release of its official logo following the organization’s renaming in December 2019. Formerly known as the Large Synoptic Survey Telescope, Rubin Observatory was renamed, by an Act of Congress, to honor American astronomer Vera C. Rubin, a pioneer in the study of dark matter and an advocate for women in science.

The logo is a visual representation of Rubin Observatory’s central purpose: to collect light from celestial objects and transform it into data for scientific discovery. It is aligned with Rubin Observatory’s mission for operations: To create a vast astronomical dataset and web-based analysis environment for unprecedented discovery of the deep and dynamic Universe.

The logo is made up of elements that reflect Rubin Observatory’s priorities and core values. The variety of celestial objects, each one a unique shape or size, symbolize Rubin Observatory’s commitment to diversity. The curved lines invoke the transformation of light from these objects into data, which are represented as traces on electronic readout boards: line segments with dots. The arc of the lines suggests time-lapse photography, in which stars appear as curved streaks in the sky, because Rubin Observatory data from the Legacy Survey of Space and Time (LSST) will provide the first time-lapse view of the Southern hemisphere sky. Finally, the foundational position of Vera C. Rubin’s name in the logo honors her legacy and reflects our pride at being the first major US national scientific facility to be named after a woman scientist. José Pinto, Graphic Designer at Rubin Observatory, led the development process and he comments, “We are very enthusiastic about the final design, but even more so about the collaborative, inclusive process that led to it.”

The design was chosen by a committee of stakeholders from across the Rubin Observatory ecosystem; the committee included representation from the Association of Universities for Research in Astronomy (AURA), NSF's National Optical-Infrared Astronomy Research Laboratory (NOIRLab) operated by AURA, and SLAC National Accelerator Laboratory. The process—from the initial proposed designs, to a thoughtful iterative phase, to the final selection—was guided by a detailed design brief which outlined a set of requirements for the logo. These requirements were determined by best practices in graphic design, and by the results from a survey that was widely distributed, within the Rubin community and to members of the public, earlier this year.

The logo is an important part of a more comprehensive branding initiative that will continue as Rubin Observatory prepares for the start of science operations in 2023. The initiative includes a new, interactive website, which will provide the public with opportunities to explore Rubin Observatory data, and to learn how those data contribute to science and discovery.