Exploring the Final Frontier with LSST

Exploring the Final Frontier with LSST 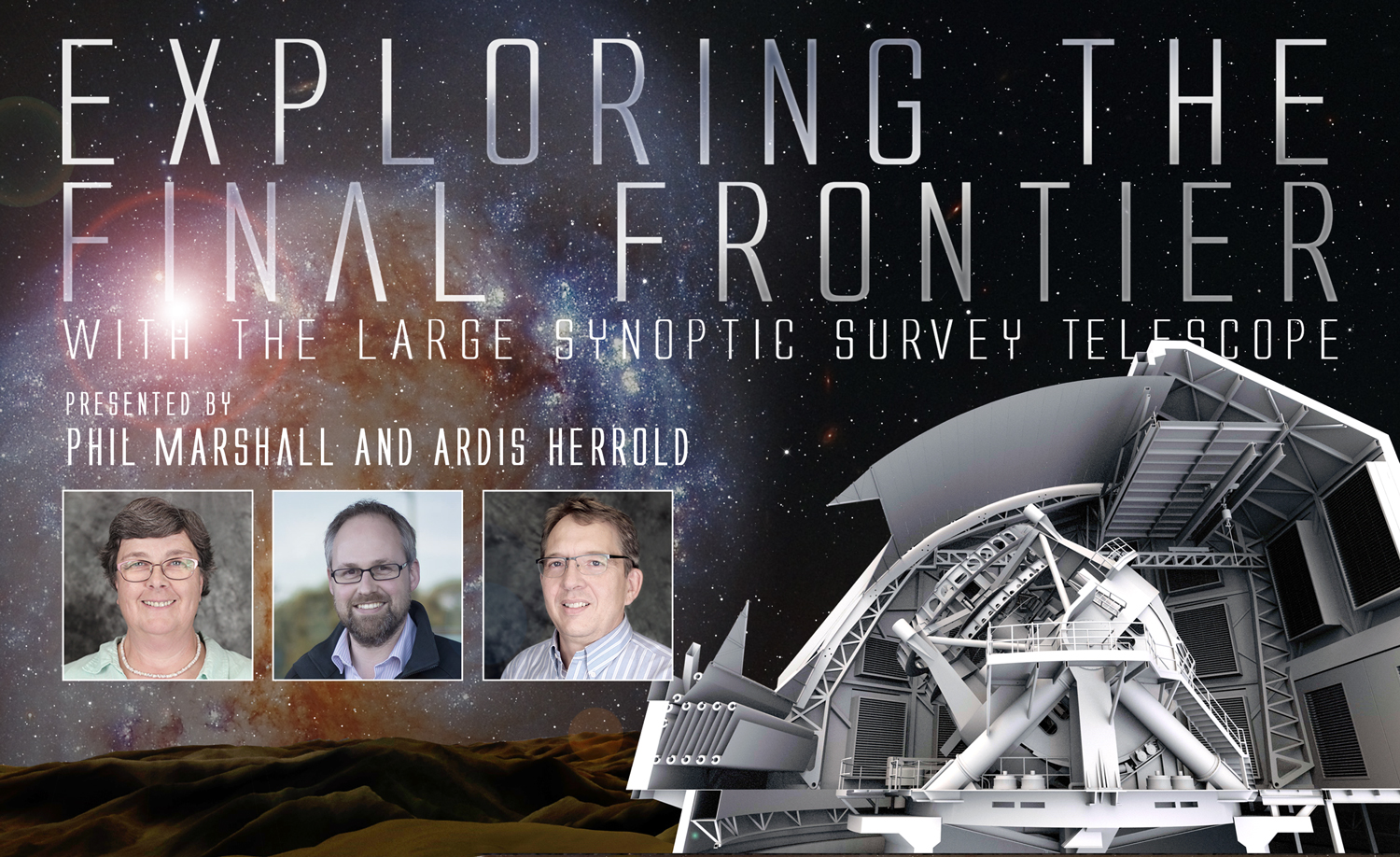 The public is invited to join the Large Synoptic Survey Telescope (LSST) team for an evening of astronomy with Cosmologist Phil Marshall and Education Specialist Ardis Herrold.  With Project Manager Victor Krabbendam, they will describe the construction status of the Tucson-based LSST, its mission of exploration, and how you can be involved in the discoveries of this amazing science engine.

Currently under construction in Chile, LSST will survey the entire visible southern sky every few days for a decade – the widest, fastest, and deepest view of the night sky ever observed. LSST’s vast archive of data will dramatically advance our knowledge of the dark energy and dark matter that make up 95 percent of the Universe, as well as galaxy formation and potentially hazardous asteroids.  Much of the data archive will be available not only to professional scientists, but also to educators, students, amateur astronomers and members of the public interested in participating in “citizen science” projects.  Phil and Ardis will talk us through some of the many explorations LSST will make possible for scientists of all ages.

Following the talk, the speakers and other LSST team members will be available for informal conversations on topics including astronomy, engineering, STEM careers, LSST’s education and outreach programs, Big Data, Chile, and much more.  A no-host bar will be available.  LSST really is a telescope for everyone.  We encourage you to learn more about Tucson’s leadership role in this exciting project and how you can participate in—and benefit from—LSST’s ten-year voyage of scientific discovery.

Ardis Herrold is a nationally recognized science educator and a member of the LSST Education and Public Outreach team.  In addition to her 30+ years in the classroom, Ardis has served as president of the National Earth Science Teachers Association, received the Brennan Award for high school astronomy teaching by the Astronomical Society of the Pacific, and pioneered efforts to include students in authentic research experiences using federally funded research and development facilities such as Kitt Peak National Observatory, the Spitzer Space Telescope, the National Radio Astronomy Observatory, and now LSST. @stardish

Phil Marshall is a staff scientist at the Kavli Institute for Particle Astrophysics and Cosmology, at SLAC, Stanford University and a member of the LSST Dark Energy Science Collaboration.  His main research interest is observational cosmology using gravitational lensing: weighing galaxies, and measuring the expansion rate of the Universe. He is involved in a number of surveys to find new lenses, using both ground-based and space telescopes, including designing the strong lensing science analysis for LSST. @drphilmarshall

Victor Krabbendam has been LSST Project Manager since 2012, after eight years as Project Manager for the LSST Telescope & Site subsystem. Trained as a mechanical engineer, Victor has worked in industry, government, and with major astronomical research facilities including the Hobby-Eberly Telescope at McDonald Observatory and the Southern Astrophysical Research (SOAR) Telescope, a 4.1 meter telescope that is LSST's neighbor on Cerro Pachón. @VLK321