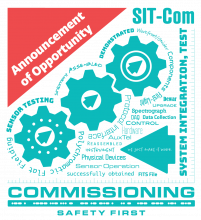 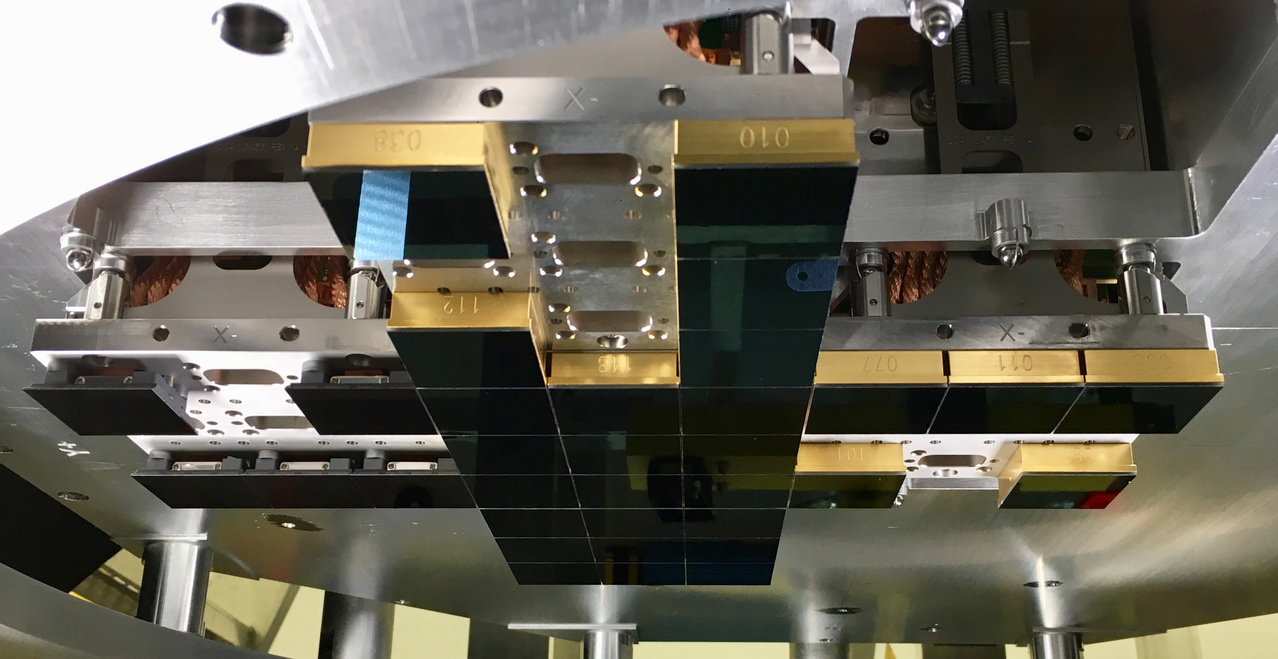 August 9 - Imagine you’re driving a ridiculously expensive sports car, and you have to park it in a space so tight there’s only an inch of clearance between you and the cars on either side, which, incidentally, are also ridiculously expensive sports cars. Feel the pressure? The Integration and Testing (I&T) Group at SLAC National Accelerator Laboratory know this pressure well; they’re currently facing a comparable challenge as they work to integrate the 21 science rafts and the four corner rafts into the LSST Camera cryostat grid.

These rafts are the platforms that support the LSST Camera’s charge-coupled device (CCD) sensors; each science raft holds a 3x3 square of sensors. A raft and its accompanying tower of electronics comprise a raft tower module (RTM), and this whole structure is what must fit into each space in the cryostat grid. The widest part of an RTM is the CCD sensor, and it’s also the most delicate. In the assembled focal plane, only 500 microns of clearance exist between adjacent CCD sensor edges. For perspective, a human hair is about 75 microns in diameter, so you can imagine how fitting these pieces together so closely requires remarkable precision.

After the RTM’s protective features are removed, including a cover that protects the CCD sensors, the RTM is lifted by the arm towards its designated space in the cryostat grid. An I&T team member observes carefully from above the BOT to visually confirm that the RTM is on track. As the RTM gets closer to the cryostat grid structure, four cameras (pictured below, right) are installed on the base platform. Facing upward, the cameras' telecentric lenses track the RTM's position as it travels the last critical distance towards integration. A team member monitors the video camera footage, and another makes any necessary corrections to the raft integration mechanism arm’s position.

Travis Lange, Lead Mechanical Engineer for the I&T Group, reports that to date the group has completed many cycles of successful installation and removal of Mechanical Test Rafts (MTRs), which don’t have functioning sensors, from a mockup of the cryostat grid. The photo above shows multiple MTRs installed in the mock-cryostat. The production cryostat grid was recently completed and has been installed in the BOT frame; next steps include installing and removing Mechanical Test Rafts from the cryostat grid, and then testing installation and removal of two Engineering Test Units, which are full science rafts but with sensors that won’t go in the final Camera. After a few more months of testing, and after additional work on the cryostat assembly is completed, the I&T team will be prepared to install the real science rafts. Travis estimates this work will begin in early 2019.

Financial support for LSST comes from the National Science Foundation (NSF) through Cooperative Agreement No. 1258333, the Department of Energy (DOE) Office of Science under Contract No. DE-AC02-76SF00515, and private funding raised by the LSST Corporation. The NSF-funded LSST Project Office for construction was established as an operating center under management of the Association of Universities for Research in Astronomy (AURA). The DOE-funded effort to build the LSST camera is managed by the SLAC National Accelerator Laboratory (SLAC)