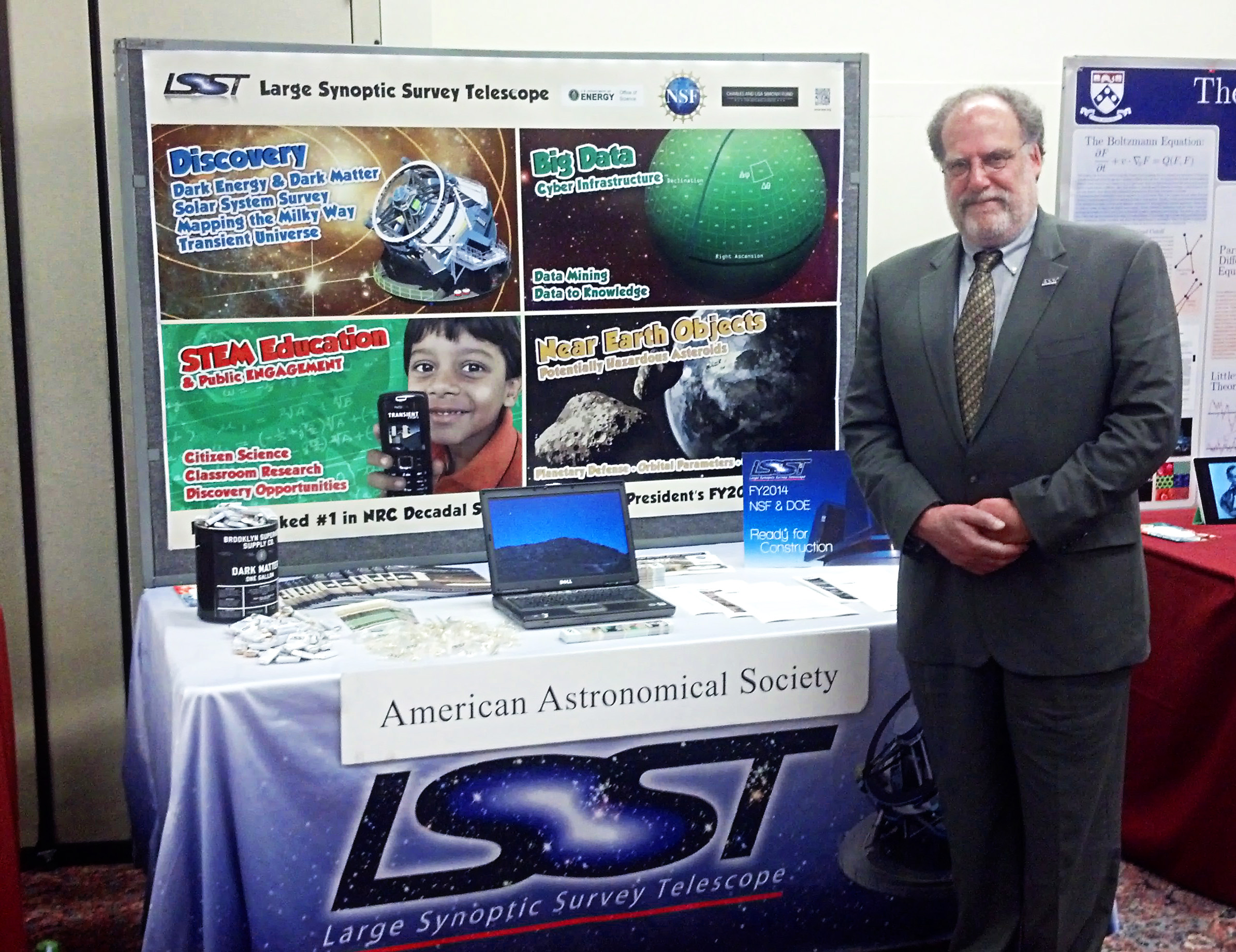 LSST exhibited at the 19th Annual Coalition for National Science Funding (CNSF) reception in the Rayburn House Office Building on May 7, 2013. The American Astronomical Society is a member of CNSF and sponsored LSST to participate in this year’s event with the theme: Investments in STEM Research and Education: Fueling American Innovation.

LSST’s booth stood out from others with its bright graphic poster, a can of “Dark Matter” from the Brooklyn Superhero Supply Company, a video (available here) and handouts created specifically for our recent Washington DC visits.

The Coalition for National Science Funding (CNSF) is an alliance of over 120 organizations united by a concern for the future vitality of the national science, mathematics, and engineering enterprise.  CNSF supports the goal of increasing the national investment in the National Science Foundation's research and education programs in response to the unprecedented scientific, technological and economic opportunities facing the United States.