Lighting up the LSST Fiber Optic Network: From Summit to Base to Archive


Mass Simulator for the LSST Camera Arrives in Chile 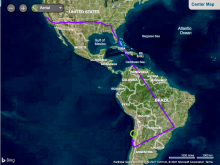 Lighting up the LSST Fiber Optic Network: From Summit to Base to Archive 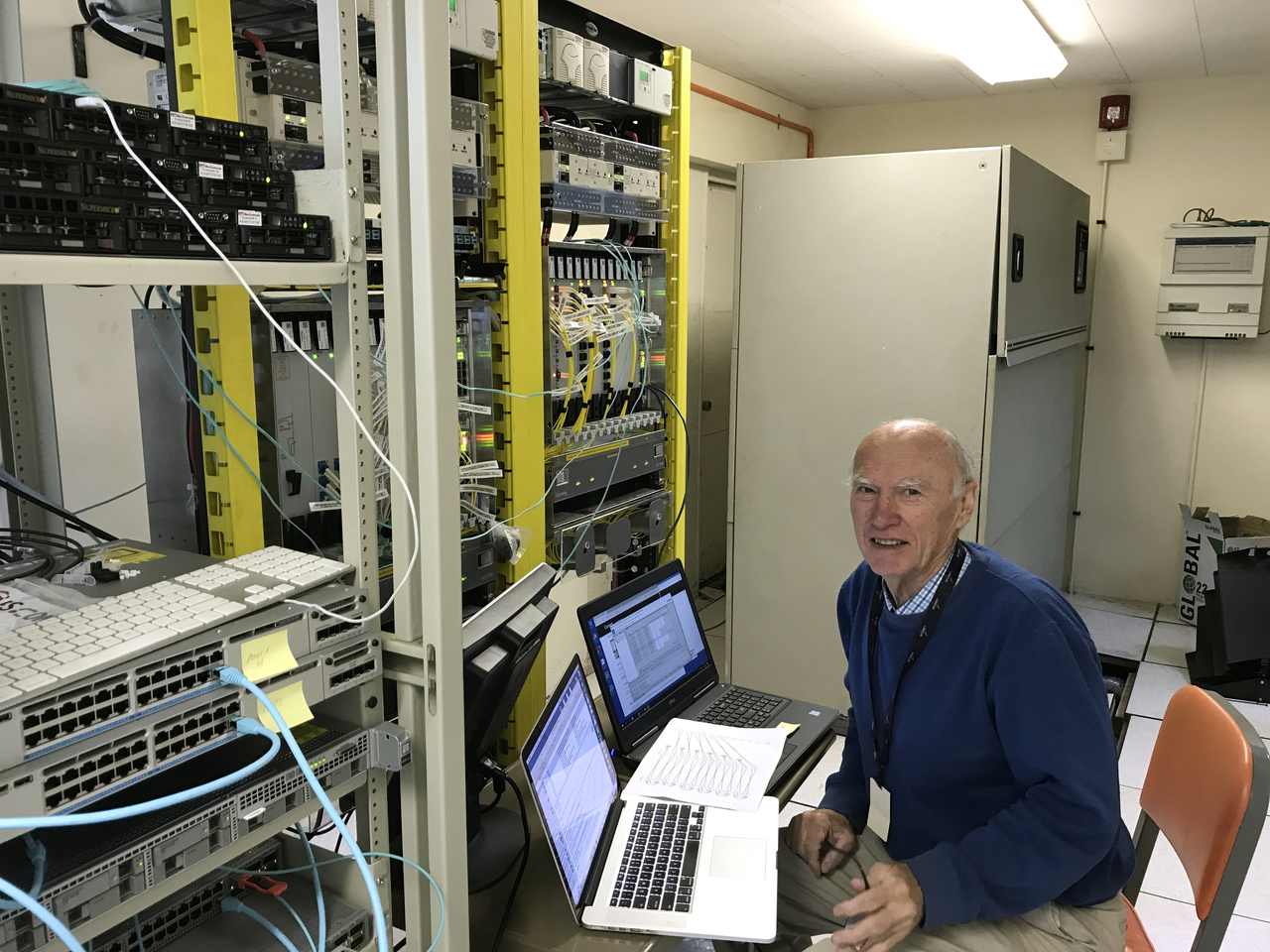 April 11, 2018 - The LSST Network Engineering Team is pleased to announce the first successful transfer of digital data over LSST/AURA 100 gigabit per second fiber optic networks from the Summit Site on Cerro Pachón, Chile to the Base Site in La Serena, Chile and on to the Archive Site at NCSA in Champaign, IL. This event took place in December 2017 and demonstrated not only performance and continuity across all hardware segments of the network, but a well-coordinated effort by multiple international engineering teams in support of LSST.

This challenge, driven by the "astronomical" needs of LSST to transport data from Cerro Pachón to NCSA for processing, and to distribute data from Cerro Pachón to the rest of Chile and the world, was the motivation for this international collaboration. AURA coordinated the project in conjunction with REUNAin Chile, and in the United States with FIU/AmLightand NCSA. At the international level, the joint work with FIU/AmLight demonstrated transcontinental infrastructures that ensure the data flow to the United States is coherent and reliable.

This scientific and technological milestone marks the first stage of a project at the Chilean national level, which is part of REUNA's 2018-2021 Strategic Plan that will provide a platform for the collaborative development of science and education, suitable for transmission and analysis of real time data obtained from the Universe. It will have an impact on multiple research areas, such as computer science, mathematics, physics, and others, enabling them in the new era of Big Data Science.

In Chile, the 800 km network between Cerro Pachón, La Serena, and Santiago has an initial capacity of 10Tbps (96 optical channels of 100Gbps each) with an "unlimited" potential growth bound to technology development. For example, there are already prototypes of 400 Gbps channels, which would quadruple the capacity.

It should be noted that this project began on December 5th, 2014, with the public announcement by AURA, REUNA, and Telefónica of the implementation of the digital infrastructure between Santiago and Cerro Pachón. The Chilean Ministry of Economy supported the announcement.

It is also important to mention the role played by private companies in the development of these infrastructures.  In the case of Chile, Telefónica has been a strategic partner with a vision of collaboration with the National Academic Network in the technological development of the country. In the case of the USA, Internet2 and Florida LambdaRail have been long-term collaborators, supporting FIU/AmLight and the astronomy community in Chile.